Black cats are some of the most controversial animals in the world. People either love them or hate them. Some believe it’s a bad omen, while other consider it a sign of good luck. What’s more stunning than a domestic black cat is a rare black serval cat. Not only that this cat is gorgeous, it’s also very unique. 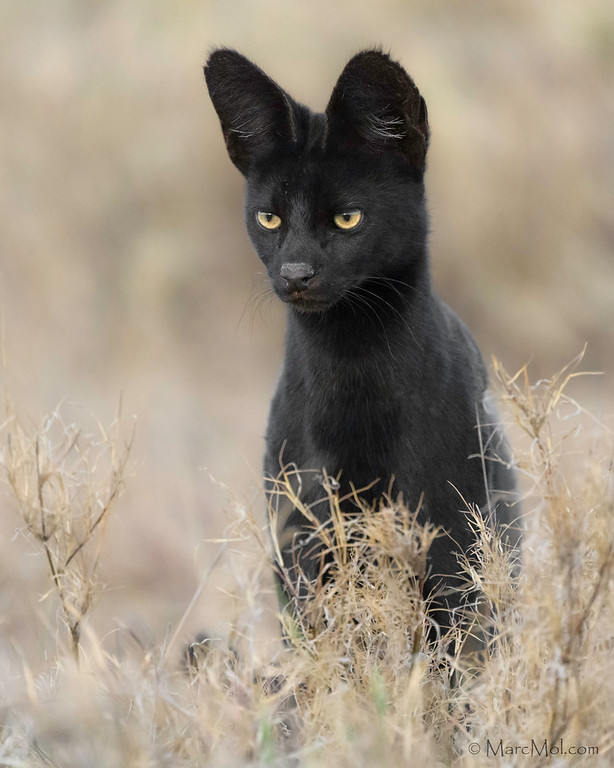 This is a very unusual animal because it’s a melanistic version of the original serval cat. These cats are native to Africa and this rare black serval cat was spotted by a photographer in Kenya. George Turner, a British wildlife photographer was lucky to find the serval with dark fur. The standard servals usually have cheetah-like coat with black spots, bands and stripes.

The black serval. Can't describe how mind-blowing this was… and still is.⁣ ⁣ For context, even seeing a “normal” serval is tough. They’re shy, secretive cats that tend to live in tall grasses — the perfect combination for staying unnoticed. Every time I’ve been privileged enough to see them, my heart skips a beat. ⁣ ⁣ Melanism (increased development of the dark-coloured pigment melanin in skin/hair) in servals primarily occurs in East Africa, particularly in the highland regions over 2000m, which is what makes this sighting particularly special. ⁣ ⁣ At around 1000m, the Namiri Plains, Tanzania, are considerably "lower" than the normal altitude were melanism is more prevalent. It's likely this particular serval travelled from the nearby – and much higher – Ngorongoro Crater and established a new territory. ⁣ ⁣ Nobody *really* knows why melanism occurs in servals. Some think the increased altitude (and forested habitat that comes with it) reduces exposure to daylight, encouraging melanism. ⁣ ⁣ There’s no guarantee that “Manja” (named after the guide at @asiliaafrica who first spotted him), should he find a mate, will produce melanistic kittens. As melanism is carried by a recessive gene, it could be years before any begin appearing in the area. The hope, for now, is that he continues to flourish in the grasslands and build on his territory. Also, what serval could resist those charming good looks?!⁣ ⁣ [D5, 500mm f/4] 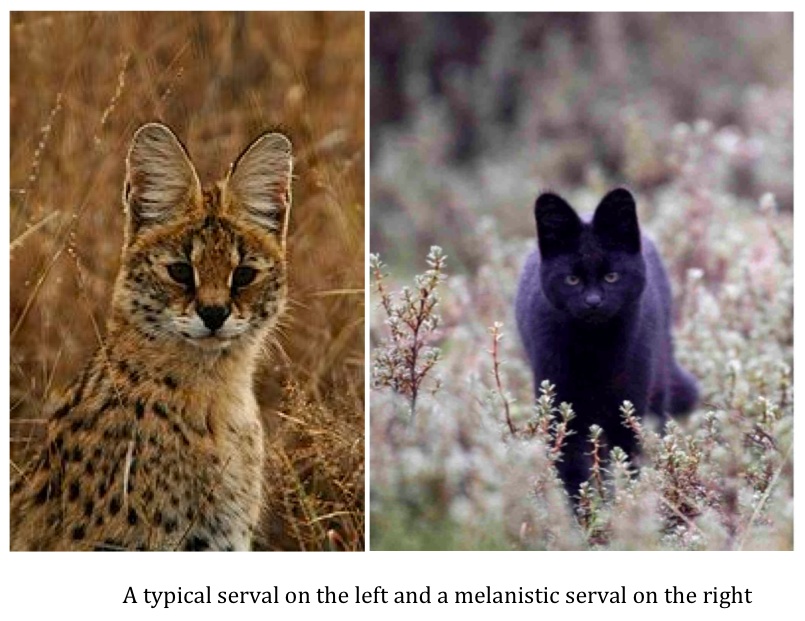 This is not the only black serval cat that has been spotted in Kenya so far. There has been another photographer earlier who managed to capture one in Tanzania. It appears that they are fairly common in East Africa, but very rare in other areas of the world.

It seems like we keep getting more cat sightings here on the ranch! Melanism is a condition where there is an over production of melanin, resulting in nearly completely black coloration. It is common in servals in East Africa as you can see here from a recent spotting.#ConservationBiology#Conservation#BigCats#Serval #Cats#PrettyBlackKitty

Posted by Elephants and Sustainable Agriculture in Kenya on Friday, October 18, 2019

But, do you know why these cats are black and not like the standard serval cats? The reason for their dark pigmentation is the genetic condition called melanism. Many other species have this condition and it’s pretty common for different types of felines. The most famous melanistic cats are black panthers. Panther is actually one term for leopards with dark coat in Africa. 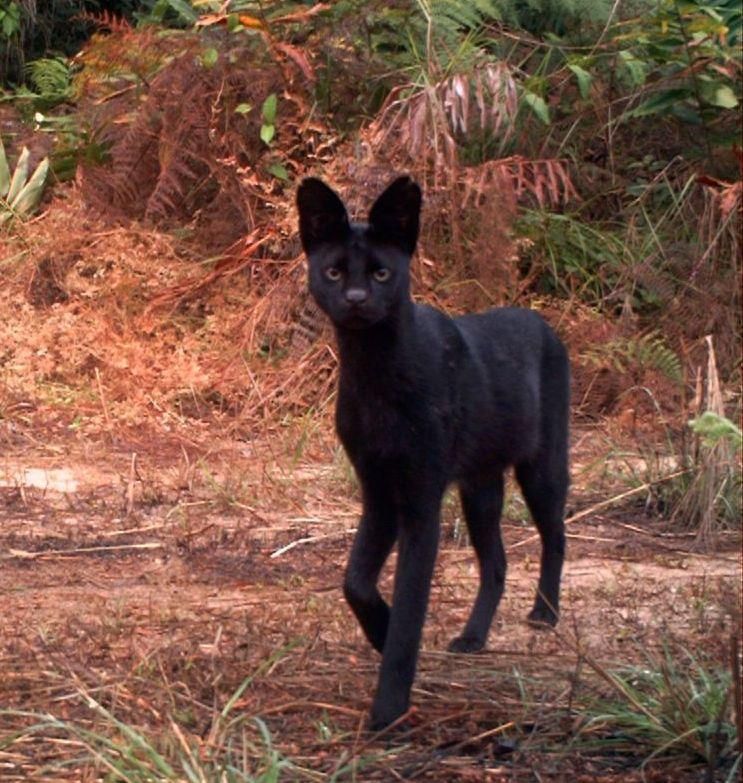 What do you think about this amazing cat?

Liger the Biggest Cat in the World is Truly Amazing!

Losing a Cat is More Painful Than Many People Think