Missing Cat Found in a Pet Food Factory After 14 Months

A Pet Food factory is a great place for a missing cat to be found. This was the case with the cat Clive who disappeared from his home in 2014. He was gone for 14 months.

The owners Tanya and Jonathan Irons were desperate to find him. They put out missing cat posters everywhere in hopes to find their Norwegian Forest Cat Clive. Luckily, they found him nearby and realized that he was actually having a great time. 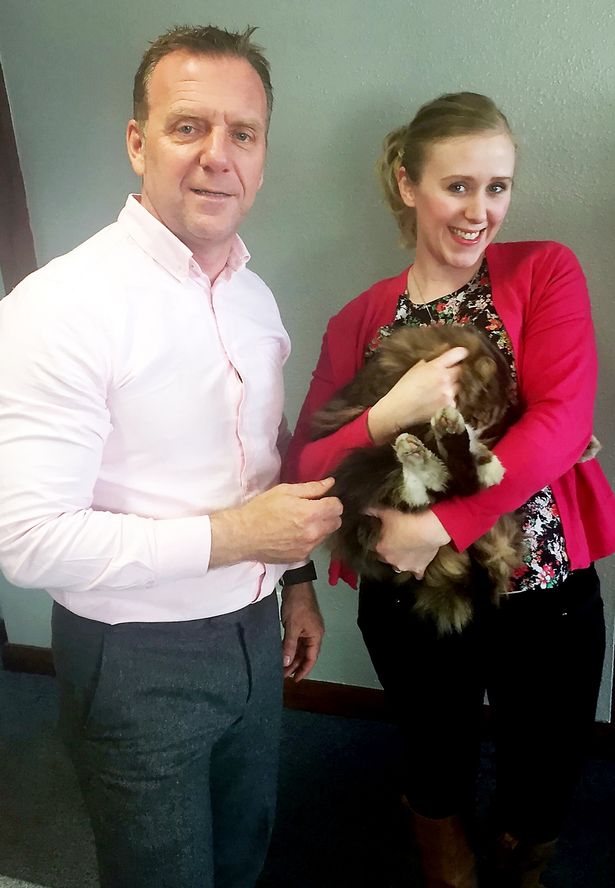 The family found Clive in a Pet Food factory two miles from their house. He didn’t look like himself – he doubled up in size. Apparently from eating a lot of cat food he gained a lot of weight in only 14 months.

They even had to tell their 2-year-old daughter that this was a new cat, otherwise she would get really confused.

At first, the couple believed that somebody took Clive because he has been a very friendly and outgoing cat. Apart from the found missing cat, the Irons had two more cats – George and Leon. They were inseparable, but now when Clive was back, they were kept at a distance for safety. It looks like Clive has finally had his chance of eating his food without sharing it with his brothers. 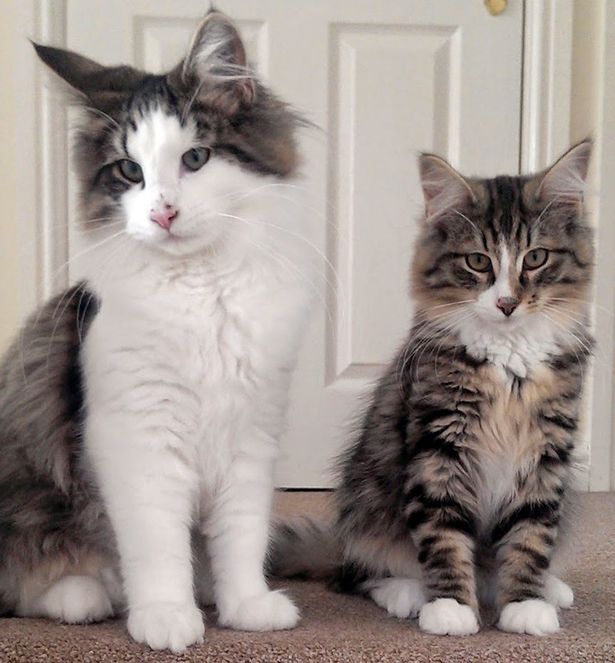 The staff at the pet food factory had a difficult job

It wasn’t easy for the pet food factory staff to catch the cat. When they noticed that someone was stealing food they tried to trap him. The trail of kitty treats put in the Pet Superstore was the way of finding Clive.

The staff took him to the vet where he was able to check his microchip and find his owners. 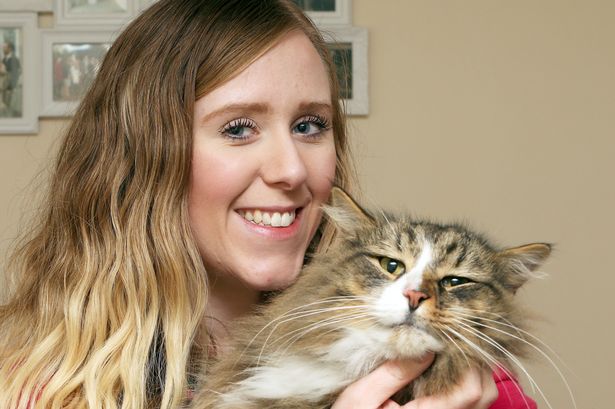 The warehouse where Clive was living was 20.000 square feet and the staff noticed a few holes in some of the boxes. Now, finally the missing cat is found after 14 months and reunited with the family.

“I thought he must have being fed but it looks like he’s been feeding himself quite happily himself” – says Tanya.

Kitty survived the Woolsey Fire and returned home after 9 days!