“A Cat or a mouse?” – The visitors at the Linton Zoo have the privilege to see an extinct species, one very strange animal that looks like a cat and a mouse at the same time.

However, it is neither of that. It is called an Eastern Quoll, also known as an Eastern cat. 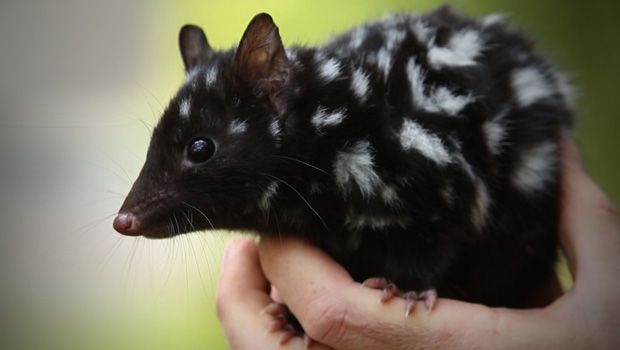 This is a carnivorous marsupial from Tasmania and is related to the Tasmanian devil. The Eastern quoll makes sounds similar to a ferret and this is actually its scientific name Dassyurus viverrinus which means “ferret-like”. 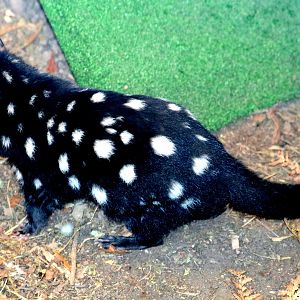 This species is considered to be extinct in mainland Australia, however, there is an effort nowadays to reintroduce them back to some of its original range.

At the moment, there are three Eastern cats in the Linton Zoo which are actually brought from Germany. The Leipzig Zoo in Germany has started a European breeding programme which would help in preserving the Eastern quoll. Hopefully this will help this species from becoming extinct.

Check out the video from the Linton Zoo and see how these animals act.

Yesterday visitors enjoyed seeing our Eastern quoll investigating their new accommodation.Eastern Quoll, a carnivorous marsupial, are considered extinct in mainland Australia and are now only found in Tasmania. These three are part of a European breeding programme and Linton is one of only two places in the UK where they can be seen.

Would you like to see this animal in person? It really looks very interesting. Catman loves all animals and is always interested in finding out more about any unusual species. If you have a story to tell us – share it here.