Apparently, being a Crazy Cat Man lately is not that strange or new. Until recently, the term crazy cat lady was more common and it was almost never associated with men.

It is more often that you see women posing with cats, making selfies with them. Or at least that was the case in the past. Now, things have changed. You can even say that it is a stereotype that a crazy cat is always a lady.

“I wanted to show that regardless of gender, many people have found the joy that cat companionship can bring,” says David.

Have a look at this amazing photo-shoot and meet the Crazy Cat Men.

This is a great example of a family portrait.

I bet this cat is part of his dad’s music band.

Who says three’s a crowd? Poser #3 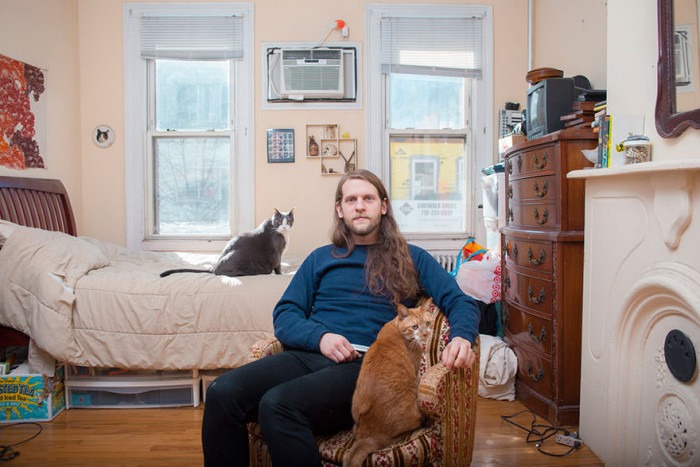 These guys definitely wouldn’t think that.

#4 Just a normal walk on the street.

Some people might say – this looks girly. Well, this guy proves them wrong! 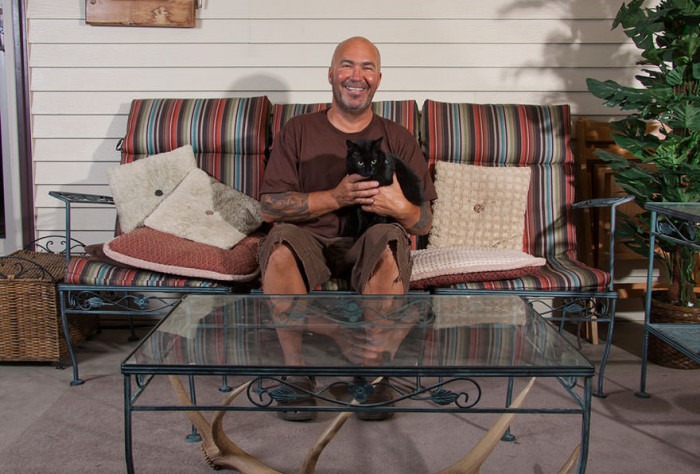 Is there a better way to spend the afternoon?

#6 These guys are inseparable 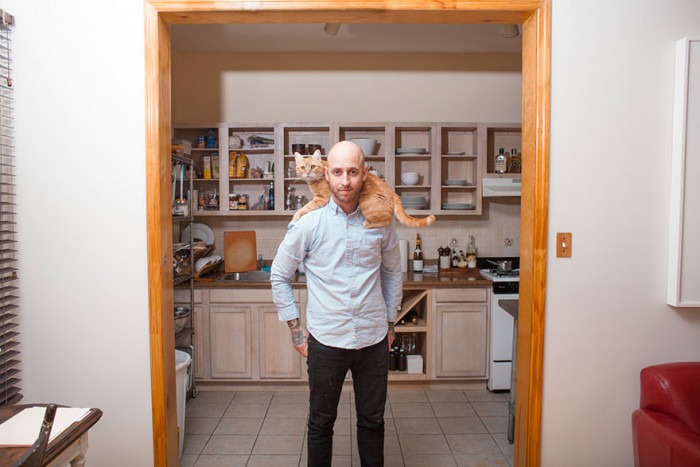 Or the cat uses him as her transportation.

#7 Buddies in the wilderness 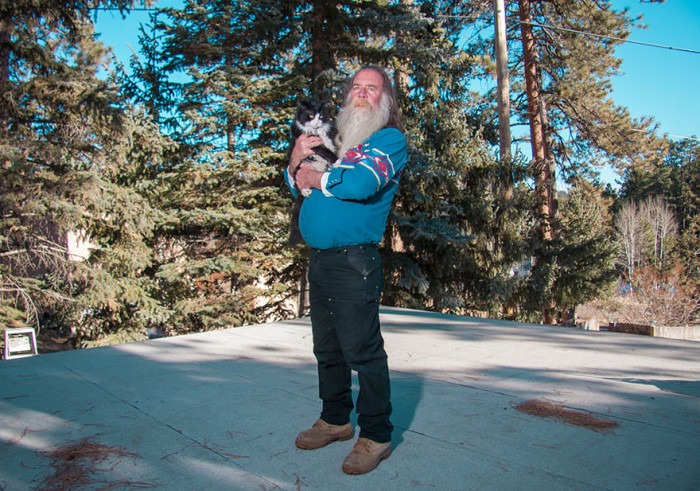 #8 Chef ‘le cat’ and his assistant 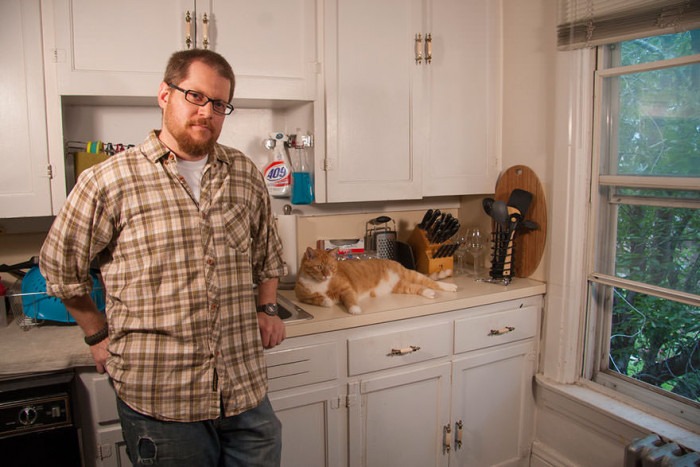 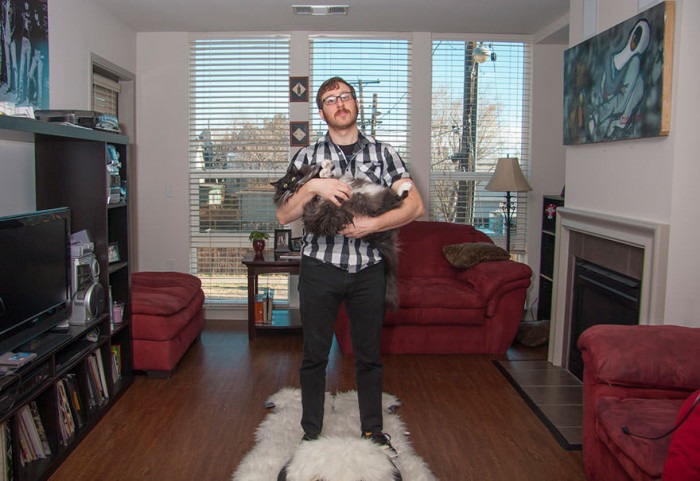 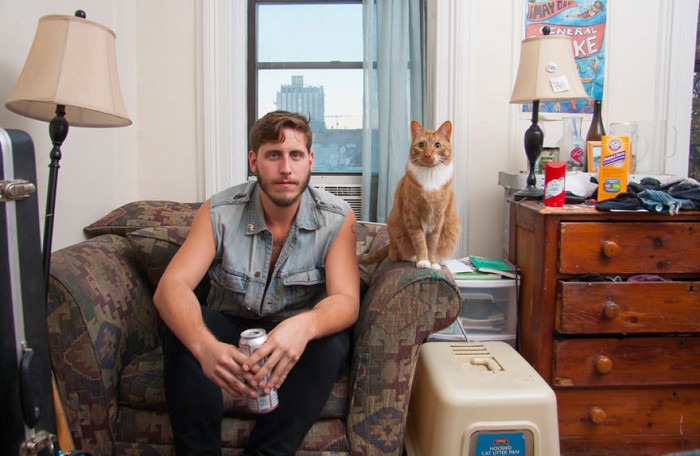 They aren’t even trying to pose – just a casual beer-time.

Photographer used his cat’s fur to make them hats!

Animals seen from a different perspective